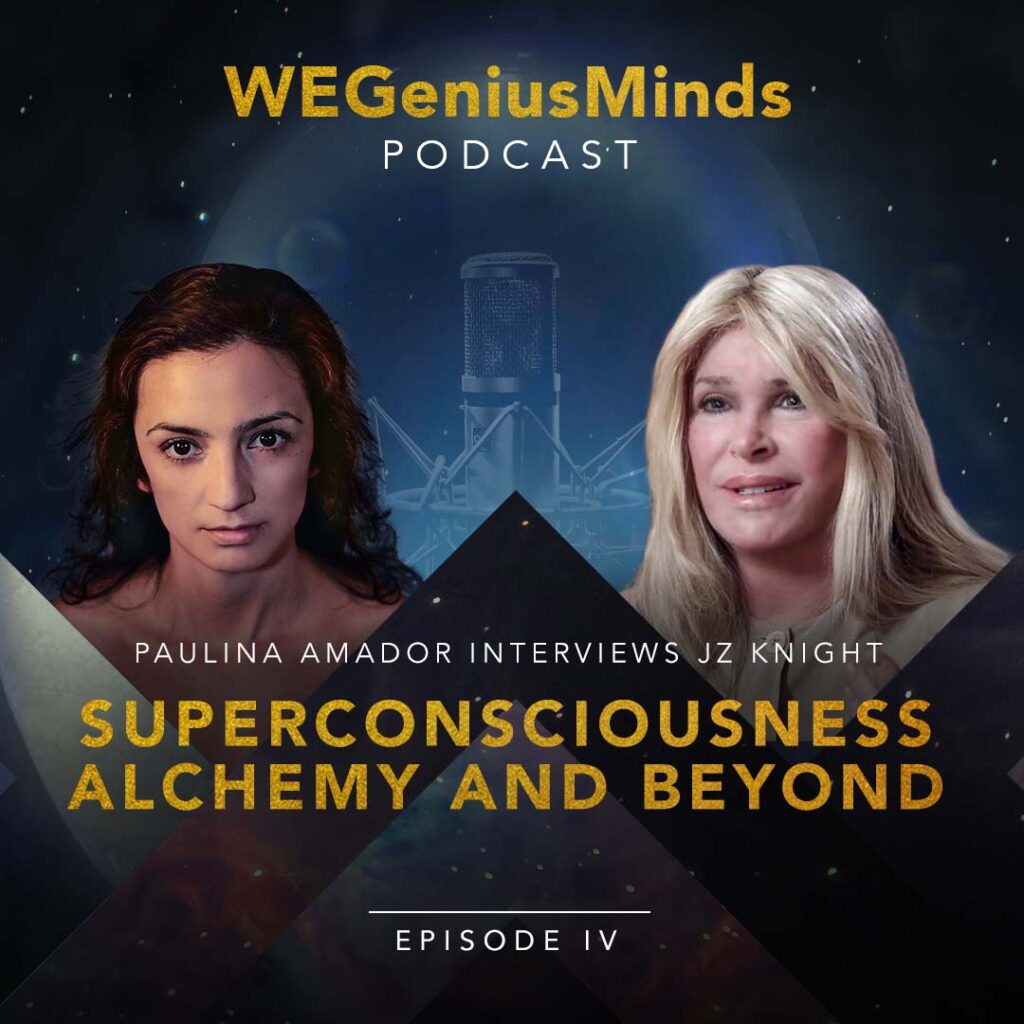 Today, we begin an extraordinary conversation with the legendary JZ Knight, inventor of the patented Blu Room technology, author of the book, “A State of Mind, My Story,” and the unique channel of Ramtha, the Enlightened One. In this first episode, we learn about JZ’s profound spiritual life, as it has evolved over decades – exploring Alchemy, SuperConsciousness, and Beyond.

“So the way Ramtha introduced me to the remarkable, I wouldn’t have had language skills to have been able to even explain it. How do we describe superconsciousness? How about the infinity that I have seen, how do you describe that? How do you describe reincarnation under the auspices that all things exist in the Now? Where is the multiverse on a singular verse? As we ponder those concepts, those bigger picture concepts, reality comes in and gives you a way to experience it.” – JZ Knight

JZ Knight has appeared on US TV shows, Larry King, MSNBC and The Merv Griffin Show (1985), and was a featured expert in our documentary film, EVOLUTION: The Genius Equation. Also profiled in Psychology Today, Time Magazine called her “probably the most celebrated of all current channelers,” and her autobiography, A State of Mind, made the New York Times Best Seller list in 1988. Knight’s teachings bridge ancient wisdom and the power of consciousness together with the the latest discoveries in science, having attracted figures from the entertainment and political world including Linda Evans and Robert F. Kennedy, Jr. She is currently the president of JZK, Inc and Ramtha’s School of Enlightenment, located in Yelm, Washington.

We invite you to watch our ground-breaking documentary, EVOLUTION: The Genius Equation, Subscribe to our NEWSLETTER and JOIN the discussion on Telegram.